Where to invest in property in Melbourne
Melbourne 0413 108 125 admin@investinproperty.id.au
Menu
October 30, 2019 admin 0 Comments 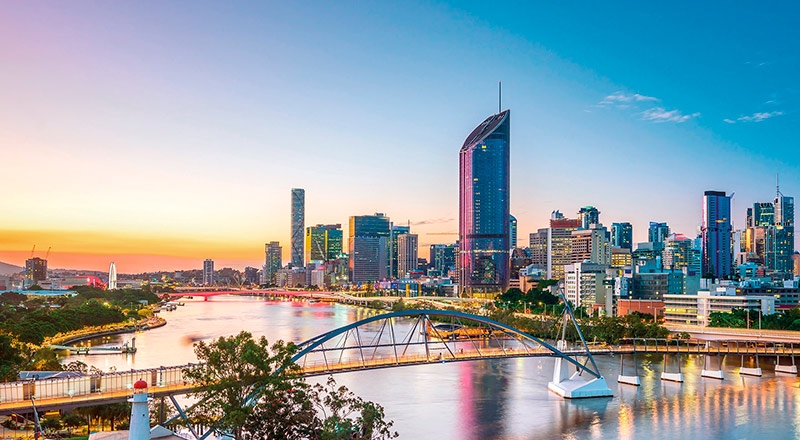 “Sunshine Coast as a market that investors of all kinds should be considering.”

“Real estate markets are driven by local factors to a higher degree than national ones.”

The media and some commentators are placing significance on interest rate reductions as a prime driver of real estate markets, we are much more interested in what’s going on on the ground and within local economies as determining factors for market influences.

It is for these terms that I concur with Terry Ryder who also places a high rating on the “Sunshine Coast as a market that investors of all kinds should be considering.” We regard the Sunshine Coast as the strongest market in Queensland at the moment and indeed one of the strongest in Australia although some would argue that it is inner Brisbane.

Terry see’s events happening on the Sunshine Coast as an ‘economic revolution’, which is shifting the Sunshine Coast from what was in the past a tourist destination into an international city. This is a massive transition that’s occurred over the past 2-3 years and continues to happen, he quotes.

Terry Ryder’s recently completed comprehensive 30-page report called The Sunshine Coast: Australia’s Most Compelling Growth Story, in which he notes that the Sunshine Coast economy was no longer predominantly reliant on tourism because of the creation in recent years of strong health, education and technology industries – all part of an infrastructure program totaling more than $20 billion. We concur that based on billions of dollars of infrastructure already in the ground and other infrastructure planned and budgeted for, the Sunshine Coast will shortly emerge into a full-blown city with its own powerful economy positively impacting the overall QLD economy. See infrastructure projects here

Terry goes on to qualify “Economies reliant on tourism traditionally fail to deliver sustainable real estate growth. But the Sunshine Coast has diversified and strengthened and is now, I think, the nation’s most compelling growth story.”

The Sunshine Coast has a $17.7 billion economy, making it one of Australia’s largest regional economies, and on infrastructure it’s outspending several of the nation’s capital cities whilst also creating thousands of new jobs now and going forwards.

For employment and creation of new jobs, the Sunshine Coast is
among the top 10 leading regions in Australia, adding more than 20,000 jobs
over the past five years. The $1.8 billion Sunshine Coast University Hospital
(SCUH) has created 5,000 jobs since opening in April 2017 and the new
Maroochydore City Centre is forecast to provide 15,000 jobs over the lifespan
of the 20-year project and inject $4.4 billion into the economy. The
airport upgrade 2230 jobs, Sunshine Plaza expansion 5,200jobs, SunCentral
15,000 jobs read more here

New jobs attract population growth with around just shy of 300,000
residents and an annual expected growth of around 7,000 taking it up to close
to 400,000 by 2026. New residents require new dwellings placing upward pressure
on supply and as a result allowing for capital growth and strengthening rental
yields.

This is proven through the health, education and technology
sectors (such as the new $5bn Health Precinct) which are bringing new residents
to the Sunshine Coast having a strong impetus on the real estate market right
now. The median house price for Sunshine Coast in general has increased 16% over
the past three years to $565k, while the vacancy rate remains below an
astounding 1%.

The Sunshine Coast will soon have an international airport and a
new runway, there is also an international broadband network connection to
Asia. Earlier this year the Sunshine Coast was named in the Top7 Intelligent
Communities of 2019 by the global Intelligent Community Forum, alongside major
international cities like Chicago, further evolving Sunshine Coast to
International Standards. Central to everything that’s happening in the region
is the creation of a Sunshine Coast CBD from the ground up called SunCentral.
SunCentral is a $5 billion enterprise which is now under way on a 53ha
greenfield site in central Maroochydore being built to first world standards in
terms of technology, sewerage systems, public transport, liveability and more.

The new city centre has attracted investment from local, national
and international firms interested having an early presence in the growing
region.

The Sunshine Coast is among the top 10 leading regions in the
country for employment generation, adding more than 20,000 jobs over the past
five years. The $1.8 billion Sunshine Coast University Hospital (SCUH) has
created 5,000 jobs since opening in April 2017 and the new Maroochydore City
Centre is forecast to provide 15,000 jobs over the lifespan of the 20-year
project and inject $4.4 billion into the economy.

The Sunshine Coast world class International Broadband Network
will deliver 800 new jobs once it’s operational next year and will deliver the
fastest data connection to Asia from the east coast of Australia. With part of
the economic revolution of the Sunshine Coast in recent years has stemmed from
the region’s growing reputation as an innovation and technology hub.

Demographer Bernard Salt has described the Sunshine Coast as “the
entrepreneurship capital of Australia “because of the large number of
knowledge-based start-ups and small businesses such as information technology,
clean-tech, creative industries, aviation and education.”

“Our takeout on this is that if world class companies are investing in the Sunshine Coast they have done their homework and undertaken serious research and if it is good enough for them then it makes absolute sense to us and to our investors. Why would you not?”

The population of the Sunshine Coast is forecast to reach 580,000
by 2041, an increase on the previous forecast of 558,000. That is over 250,000
new residents who all require a roof over their heads meaning over 139,000 new
dwellings required to be built. This is significant!

The Sunshine Coast is one of Australia’s fastest-developing
economies, growing each year at rates well above national averages and is
expected to expand to $33 billion by 2033.

Did you know that the Sunshine Coast has more locations with
rising sales activity than any other municipality in Australia?

The predicted outcome is that this will in all likelihood create
sustainable long-term price growth and continued strong rental yields.